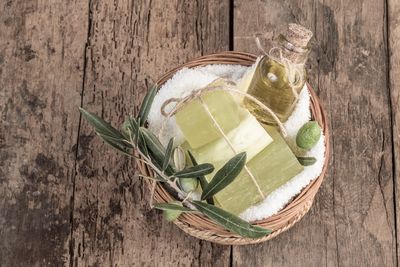 “S.O.A.P. stands for “Save Our Adolescents from Prostitution” and is a hands-on outreach to fight sex trafficking at large events and in communities.[1]  S.O.A.P. was founded by author, advocate and survivor, Theresa Flores. On her worst night, after being auctioned off to nearly two dozen men in a dingy, dirty, inner city Detroit motel, Theresa recalled the only item that would have reached out to her, a bar of soap. With that in mind, she created S.O.A.P. — Save Our Adolescents from Prostitution — to help reach out to other victims.

The S.O.A.P. Project is specifically focused on educating and increasing awareness in the public on the prevalence of human trafficking, in order to restore trafficked survivors & to prevent teens from being victimized by domestic, minor, sex trafficking.  S.O.A.P. National travels all over the U.S. to hold outreaches during large events. We partner with local organizations to distribute millions of bars of soap wrapped with a red band that gives the National Human Trafficking Hotline number — 1 (888) 3737-888 — & resources to high-risk motels.” SoapProject

“Theresa was sitting in a small group setting at a local drug and alcohol residential recovery program for women and sharing her story. She was asked by one of the ladies about S.O.A.P. and how she knew it works. Theresa gave her normal response and then a woman in the circle spoke out quietly, “My name is Amanda and I know it works!” Theresa thought she was just being nice and supportive but the woman continued on, “Four months ago I was in a Detroit motel near the airport and the ‘John’ started to go crazy on me. He was high and beat me and I was scared for my life so I ran into the bathroom with my cell phone and locked the door. I saw a bar of soap with a red label and called the number on it. The police rescued me and I got into a recovery program and here I am today. Thank you. It saved my life.” – SoapProject-Results

Glocal Markets believes it is important to make a difference one life at a time.